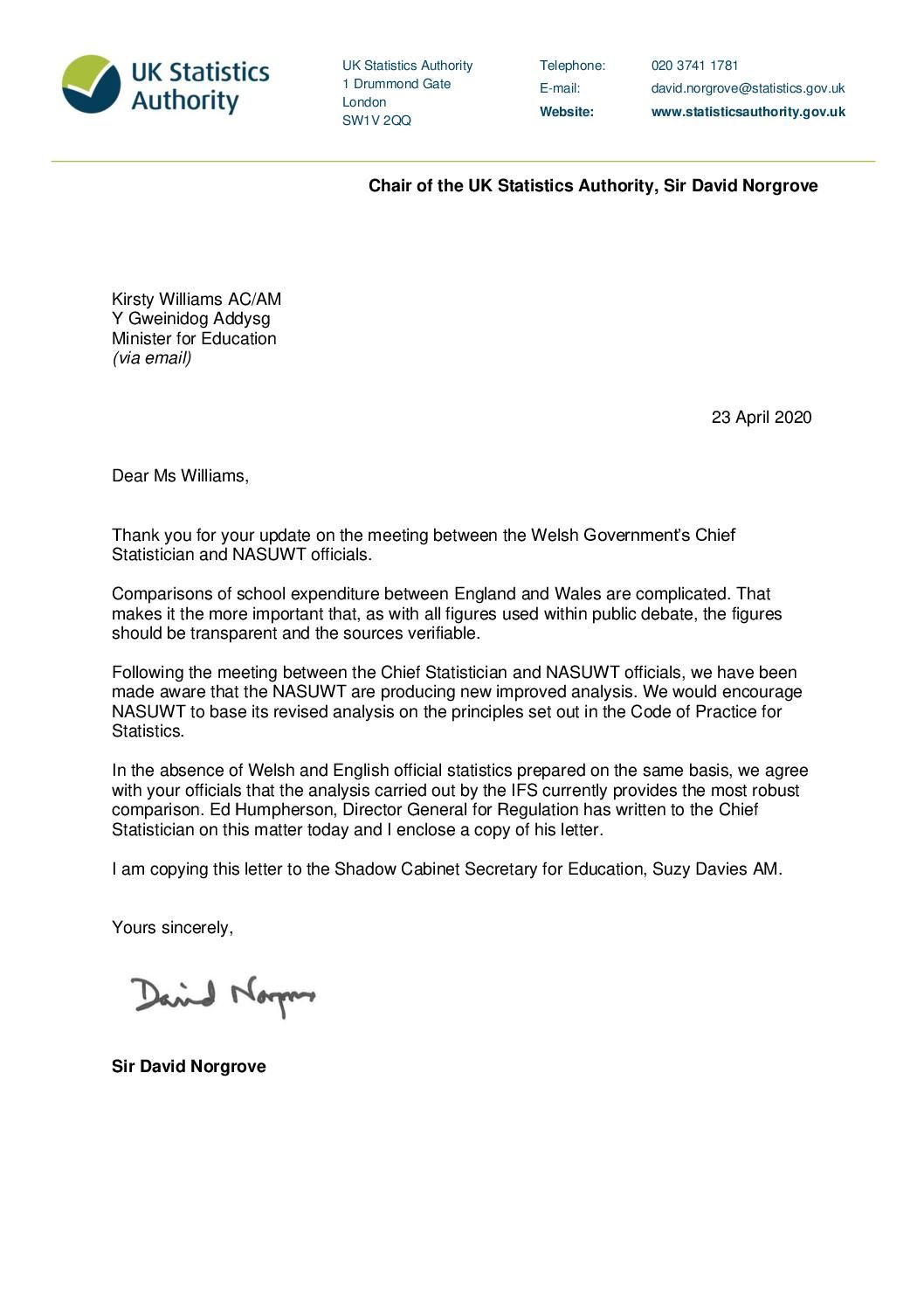 Thank you for your update on the meeting between the Welsh Government’s Chief Statistician and NASUWT officials.

Comparisons of school expenditure between England and Wales are complicated. That makes it the more important that, as with all figures used within public debate, the figures should be transparent and the sources verifiable.

Following the meeting between the Chief Statistician and NASUWT officials, we have been made aware that the NASUWT are producing new improved analysis. We would encourage NASUWT to base its revised analysis on the principles set out in the Code of Practice for Statistics.

In the absence of Welsh and English official statistics prepared on the same basis, we agree with your officials that the analysis carried out by the IFS currently provides the most robust comparison. Ed Humpherson, Director General for Regulation has written to the Chief Statistician on this matter today and I enclose a copy of his letter.

I am copying this letter to the Shadow Cabinet Secretary for Education, Suzy Davies AM.

Letter from Sir David Norgrove to Kirsty Williams AM

Letter from Kirsty Williams AM to Sir David Norgrove

Letter from Sir David Norgrove to Kirsty Williams AM