Thank you for your letter of 18 November regarding the chart reproduced below that was tweeted by the Department of Health and Social Care (DHSC) on 10 November to show the recent evolution of the pay of nurses. 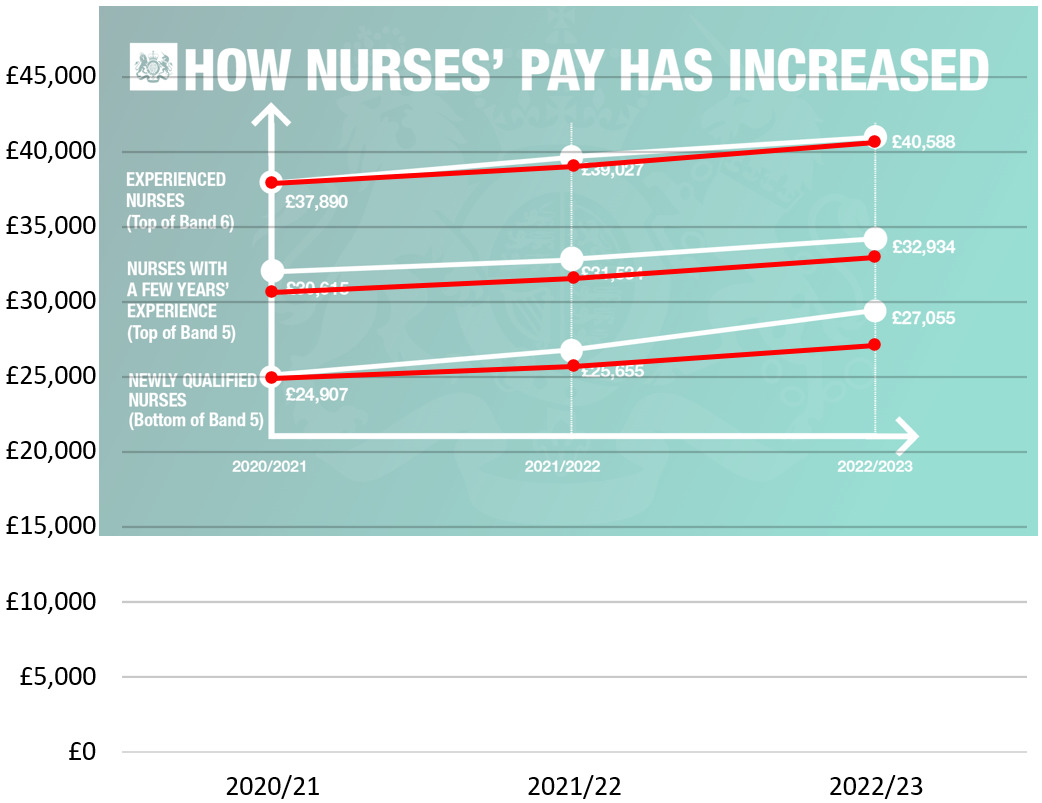 The shortcomings of this presentation underline how important it is that political and communications teams within departments consult and listen carefully to their Heads of Profession for Statistics before publishing high-profile numbers or data visualisations of this sort. Failure to do so can undermine public confidence in the outputs of the department and in the presentation of official statistics more broadly.

In addition to sharing our conclusions with the department, I am copying this letter to the Chief Executive of the Government Communication Service.