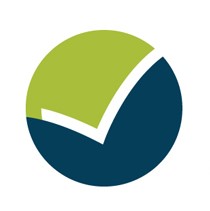 UK Statistics Authority Statement on the future of the RPI

Published
4 September 2019
In this theme
Economy

The Advisory Panel on Consumer Prices provided advice to the National Statistician on the composition of the Retail Prices Index (RPI) in light of the House of Lords Economic Affairs Committee report Measuring Inflation, published in January 2019.

Taking account of that advice, the then National Statistician concluded that the current position was unsatisfactory and put options for the future of the RPI to the UK Statistics Authority Board on 26 February 2019.

After receiving this advice, Sir David Norgrove, Chair of the UK Statistics Authority, wrote on behalf of the Board to the previous Chancellor of the Exchequer on 4 March 2019 with the following recommendations:

Today the Chancellor has announced his intention to consult on whether to bring the methods in CPIH into RPI between 2025 and 2030, effectively aligning the measures. The UK Statistics Authority will consult on the method of making this change.

“The role of the UK Statistics Authority is to promote and safeguard official statistics.

“We have been clear that the RPI is not a good measure, at times significantly overestimating inflation and at other times underestimating it, and have consistently urged all – in Government and the private sector – to stop using it. However, the RPI is unique as we need consent from the Chancellor to make certain changes, such as the one we have proposed.

“Although we regret that no change will occur before 2025, we welcome the Chancellor’s intention to consult on resolving current issues with the RPI.