Purpose of the Concordat 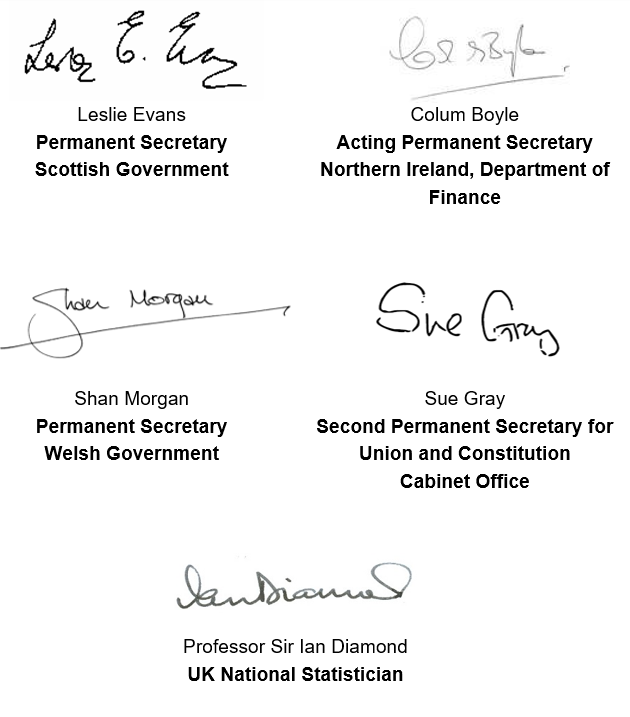 [1] The UK statistical system covers all producers of official statistics within the UK.

[2] Head of the Government Statistical Service and the Analysis Function and Chief Executive of the UK Statistics Authority/Office for National Statistics.

[3] The key legislation for the purposes of the devolution settlements is the Scotland Act 1998, the Northern Ireland Act 1998 and the 1998 and 2006 Government of Wales Acts, each as amended from time to time, and any superseding acts.

[4] Definitions of devolved statistics are set out in the Statistics and Registration Service Act 2007 for the purposes of the Act.

[5] Including data obtained from administrative, survey and other sources.