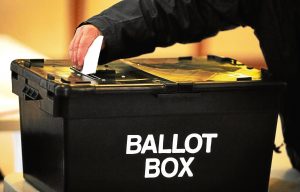 Making public statements about the dissemination and use of statistics has been an important part of the Authority’s work since it began. The Authority is guided in this work by its overarching statutory objective to safeguard the production and dissemination of statistics. Section 8 of the Statistics and Registration Service Act 2007 provides for the Authority to monitor the production and publication of official statistics, and to report any concerns it may have.

As in previous elections the Authority, supported by OSR will continue to monitor the use of official statistics during this election campaign.

At the start of the campaign, Sir David Norgrove wrote to party leaders to remind them that their statistical sources should be clear and accessible to all, that any caveats or limitations in the statistics should be respected and that campaigns should not pick out single numbers that differ from the picture painted by the statistics as a whole.

More information on the Authority’s role in making public interventions on the use of statistics is available here.

Regular pre-announced statistical releases continue to be published during the campaign, in accordance with the Code of Practice for Statistics. Guidance has also been issued by the UK Statistics Authority on the publication of official statistics on polling day itself and can be found online here.